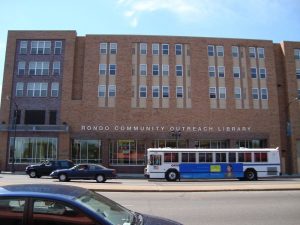 Carter made the proposal when he outlined his library budget. The first-term mayor wants the city council to forgive more than $2 million in existing fines.

"Right now 51,000 St. Paul library card holders are locked out of library card use for debt that goes all the way back to 2009. That's not something that meets our values," Carter said. "We want our young people to be able to use our libraries, and we don't want anyone to be locked out because their parent can't afford to pay $12 to $15 in late fees."

According to the city, approximately 50,000 patrons are currently unable to check out materials from libraries due to unpaid late fines. Many of those blocked patrons frequented libraries in diverse neighborhoods. Their fines average about $33 per person.

Carter said patrons would still have to pay to replace missing or damaged items. His budget proposes to replace nearly $215,000 in fine revenue that buys new library materials.

The library operates as a separate entity, although it is still governed by the mayor and city council members.