As of January 2017, all Saint Paul Public School students (38,000+) and their families have seamless, virtual access to the Saint Paul Public Library’s digital resources and are be able to check out up to five physical materials. The creation of virtual cards is automated, greatly reducing staff time and ultimately making this project more sustainable. The virtual cards are in effect as long as the student is registered in school. It works through summer breaks and across grades. 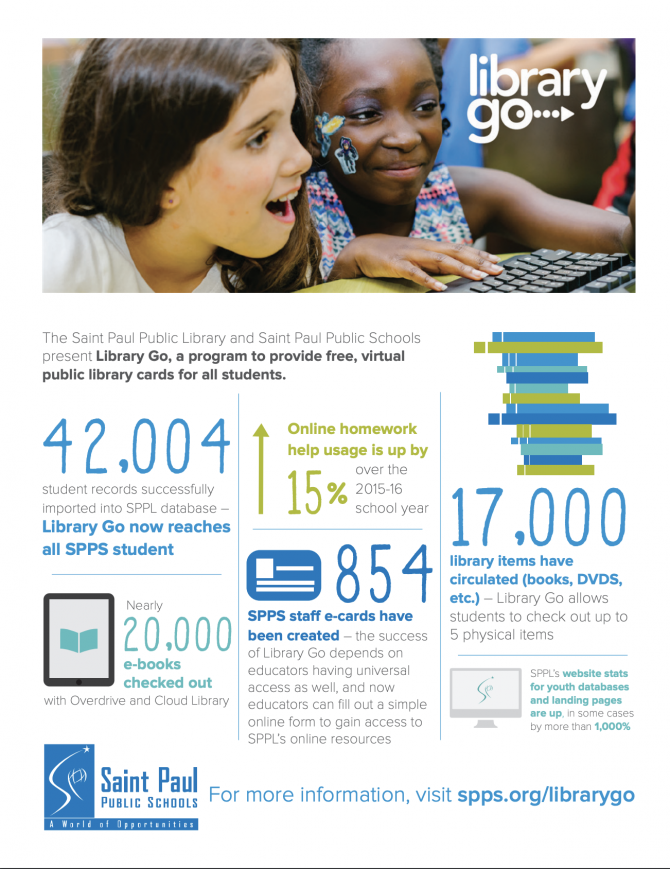