Learn more about the library's original proposal to eliminate late fines, which was approved by the City Council in December 2018.

To learn more about the approved policy, visit sppl.org/fine-free.

For years, Saint Paul Public Library staff members have sought to eliminate late fines in order to make the Library more accessible to everyone.

Various steps were taken throughout the years, including eliminating late fines on children’s and young adult materials, "Read Downs"(reading off one’s fines on-site), and not charging late fines on Library Go cards given to all Saint Paul Public School students.

Still, at last count, more than 50,000 people were unable to check out materials due to late fines. Percentages of people with blocked cards were higher in economically challenged areas, pointing to a huge disparity in Saint Paul.

In 2018, library staff members led more than six months of research into late fines. We read articles. We interviewed colleagues from other library systems and own staff members. We talked to community members, and we worked with the City’s Office of Financial Services to develop financial models that could support the elimination of late fines.

Based on this comprehensive research, the library and Saint Paul Mayor Melvin Carter III submitted a proposal to the Saint Paul City Council to eliminate late fines.

The proposal was passed by City Council on December 12, 2018, and made effective beginning January 2, 2019.

SPPL has already taken steps to decrease the impact of fines

No fines on children’s or young adult books, music, movies, and more.

“Read Downs” offered for anyone, any time the library is open.

E-materials, like e-books and digital magazines, have never accrued fines.

Still, many people remain unable to check out materials.

19% of cardholders (51,132) cannot check out materials because they have too many fines/fees.

34% of cards are blocked at Rondo. Percentages are higher in economically-challenged neighborhoods.

What staff members and library users tell us about late fines: 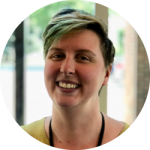 "It’s a difficult conversation for us. You can tell the person has a gut-sinking feeling when faced with fines. We are service-oriented. Fines prevent people from wanting to use the Library and create an unfriendly environment." - Jenny, Library Associate 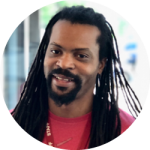 "Many families no longer have access to the library because they all have fines. It can really stack up, especially when you have kids who started accruing fines when they were very young. Some have had fines on their cards since they were five years old." - AJ, Library Associate 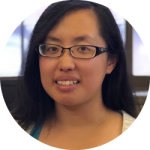 "Having worked at all library branches, I’ve noticed a stark difference in the number of people unable to check out materials due to fines at different locations. Fines are an equity issue preventing access to the library." - Pang, Community Services Coordinator 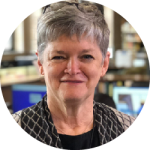 I have worked here for 47 years and overdue fines and fees and things that go with them have been a part of my career. As a librarian in a library system that sees the potential for libraries to be transformational, I have seen overdue fines get in the way. - Karen, Library Manager (retired) 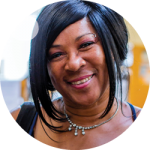 “Transportation and mobility can sometimes become an issue. For our family, fines can add up very quickly because of these mobility issues.” - Diane, Library User

Late fines are not effective

Studies have shown that small fines do not have any impact on return rates.

“The scant research on the value and impact of library fines and fees does not indicate a clear benefit of administering these policies, and they may be costly to enforce.” - REMOVING BARRIERS TO ACCESS (COLORADO STATE LIBRARY WHITE PAPER

Library users still need to return items, and will still receive reminders when a due date approaches and when it has passed.

Libraries across the country are eliminating late fines, with no reported negative outcomes.

What led to this decision? Expand

Staff members discovered a disproportionate number of blocked cards in areas of the city where people face income challenges and worried that overdue fines were resulting in inequitable access to publicly owned materials.

The above findings led to months of research. We analyzed our service and financial data. We read articles. We interviewed colleagues from other library systems that eliminated overdue fines. We interviewed our staff members and community members. Here’s what we learned:

We have been on this path for years.

Library staff members have aimed to reduce the impact of overdue fines for years. Here are some of the steps we have taken to reduce the barrier posed by late fines:

Eliminating overdue fines entirely would create consistency across all our material types and formats.

Data shows that the rate of return is not higher when people are fined for overdue materials. In many cases, people simply stop coming to the Library.

I have always thought of paying my fines as my donation to the library. Can I still donate? Expand

Yes! Now and in the future, all donations to the Library can be made through The Friends of Saint Paul Public Library. Your donation will support critical Library programs and services.

Why does the Library want to eliminate overdue fines? Expand

Eliminating overdue fines and increasing access to the Library benefits our entire community!

Community engagement and national research reveal that fines create a barrier to library use for many people. While many library users incur late fines, the ability to pay them depends greatly on income. Those who are able to pay can keep using the library, whereas those who are unable to pay cannot. This runs counter to our public mission.

Additionally, we learned that even the fear of a fine is enough to keep many people from using the library. The guilt and shame people feel over library fines creates a negative association with libraries and drives them away.

The Saint Paul Public Library belongs to the people of Saint Paul. It is our job as a public library to ensure that all people can enjoy and advance from our vast collection. We hope to encourage prior users to come back and attract new users to experience our offerings.

How will the elimination of fines affect the Library’s budget? Expand

Eliminating this revenue will not affect Library collections, technology, programs, or services. The Mayor’s budget proposal ensures the Library can maintain its current level of investment in these items while no longer requiring revenue from late fines.

Eliminating fines is fiscally responsible. Due to the rise in electronic materials (which do not accrue late fines) and other factors, fines are not a sustainable form of revenue for the Library. Money collected from fines and fees has gone down steadily for the past 10 years.

What is the cost of this proposal to taxpayers? Expand

This proposal would add $215,000 per year to the Library’s General Fund budget. The impact of this increase on a median value home would be $1.42 per year, or $0.12 per month. A median value home in Saint Paul is $186,200. Visit this site, opens a new window for more information on the City’s budget.

What should I do if I see a late fine on my account? Expand

We intended to remove late fines on all patron accounts as of January 2, 2019. If you see a late fine on your account, it is in error. Please notify a library staff member who will clear it.

I haven’t been to the library in years. Will my card still work? Expand

Your library card may have expired if you haven’t used it in more than one year. Please see a library staff member who can reactivate your card or register you for a new card.

Will people return items if there are no late fines? Expand

For years SPPL has not charged late fines on children’s items, which were returned at similar rates as those items that were fined. Other libraries have reported that return rates actually increased after they went fine free.

We have increased the number of reminder notices we send to patrons and those items that are not returned will be billed. We will continue to monitor how this policy change affects patrons and will make improvements to our policies and procedures as necessary.

I’ve never had a library card. How can I get one? Expand

Visit any Saint Paul Public Library (SPPL) branch to register for a library card. You will need a photo ID, proof of your date of birth, and proof of your current address to complete the registration.