Saint Paul Public Library has published two new children's books in the Karen and English languages. The books, Elephant Huggy and The Hen and the Badger, are written by Karen authors from Saint Paul.

The library commissioned original texts from authors Win World and Saw Powder and original color illustrations from children's book illustrators Betsy LePlatt and Jingo de la Rosa. The books were produced by a team of librarians, educators, and Karen community members, in addition to the authors and illustrators. 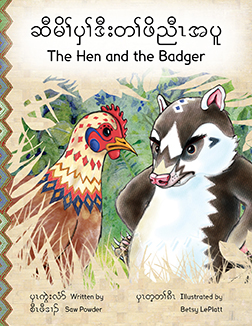 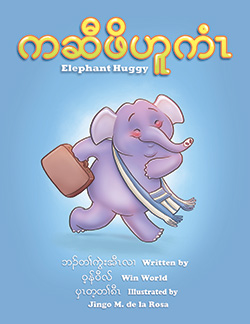 Borrow the books from the Saint Paul Public Library:

The books are also available digitally from the Minnesota Digital Library:

The Karen are an ethnic group from Burma and Thailand. They have long been subject to persecution and ethnic cleansing by the Burmese government, and many lived in refugee camps before resettling in Minnesota. There are approximately 6,500 Karen living in Minnesota, and the city of Saint Paul has the largest and fastest-growing Karen population in the U.S.