This event is in partnership with Ujamaa Place, OMG Media, and Saint Paul Public Library. Funding is provided by the Minnesota Art and Culture Heritage Fund.

Let us know what you thought!

Please fill out this quick survey and tell us what other programs you'd like to see. 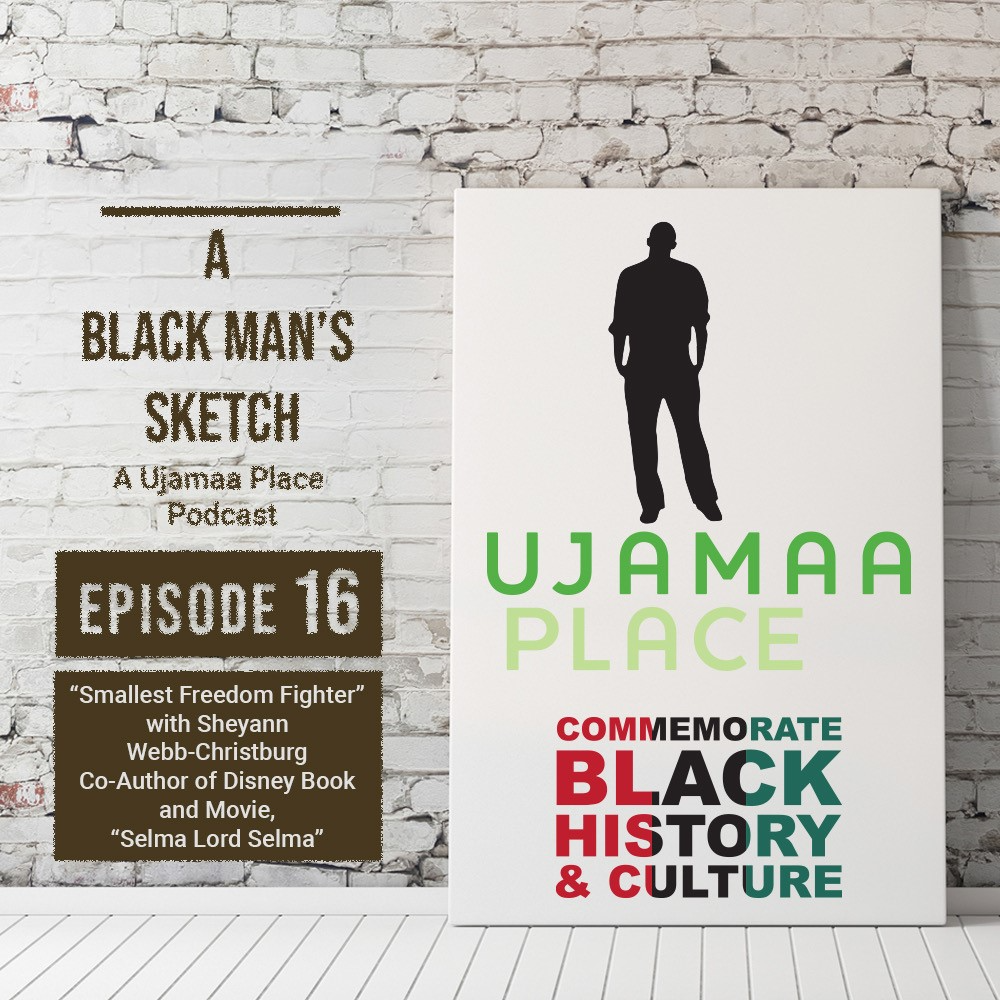 This episode of the podcast "A Black Man's Sketch" takes us to Selma, Alabama, where 8-year old Sheyann Webb’s encounter with Rev. Dr. Martin Luther King, Jr. shaped her life as a Civil Rights leaders by becoming the “Smallest Freedom Fighter” and co-author of the book Selma Lord Selma, which was released as a Disney movie in 1999.

Ms. Sheyann Webb was born on February 17, 1956 in Selma, Alabama. She grew up from a poor family of eight children in George Washington Carver Projects. She is a voice for justice, equality and self-achievement. Ms. Webb is also known as a humanitarian, civil rights activist, mentor and youth advocate. She is the nationally known co-author of Selma, Lord, Selma: Girlhood Memories of the Civil Rights Days. Her book, which is now a Disney movie, was nominated for Best Television Mini Series by the NAACP Image Awards in 2000. The movie depicts her childhood experiences with the late Dr. Martin Luther King, Jr., the late Jonathan Daniels, and other civil rights leaders as one of the youngest activist during the civil rights movement in Selma, Alabama in the 1960's.

Sheyann was named the "Smallest Freedom Fighter" by Dr. Martin Luther King, Jr. At age eight, Ms. Webb would sneak out of her house to attend mass meetings. She also led the congregation in singing freedom songs. She was the youngest participant to take part in the historically first attempted Selma to Montgomery march known as "Bloody Sunday".

Ms. Sheyann Webb attended a segregated public school in Dallas County, Alabama until her junior high year when she became one of the first blacks to integrate an all white school. Sheyann says that her junior high years were among her most horrific years. She was pushed down stairs, called bad names, suspended from school and spat on; and nothing was done by the school administration.

This program is funded with money from Minnesota's Arts and Cultural Heritage Fund.